‘Let the quiet ones speak and the loud ones quiet down’: How to stage a family meeting 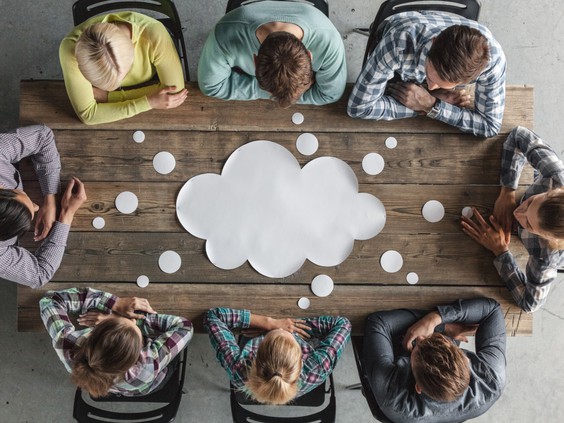 Family meetings can be facilitated in the family dining room, the office boardroom, hotel conference rooms and even private castles in Scotland.

Choice of facilitator and setting can keep get-togethers from devolving into the same old, same old

When family members don’t talk to each other enough, the potential for conflict and tension increases exponentially with the growing silence.

That’s where legacy coaching and family enterprise advisors can intervene, setting up family meetings to get the ball rolling. When the chemistry is right between the family and facilitator, these meetings can help prevent later problems and provide a platform for regular discussions of succession, family behaviour and philanthropy.

But how can you set up a successful family meeting?

How you do it largely depends on the family. Danielle Saputo, legacy coach, family enterprise advisor and president of Toronto-based Danuto Holdings, has facilitated meetings in the family dining room, the office boardroom, hotel conference rooms and private castles in Scotland.

For young families, their home can be most comfortable, she says, while mature families with three generations may find the family living room filled with triggers that bring out unwanted family dynamics. The same goes for the boardroom at the family business.

If you are concerned about conflict management, on the other hand, a resort setting may work well.

Saputo says the key for any family is to first define the purpose of why they are coming to the table to converse. In her practice, she explains in initial meetings that the intent of the process is long-term gain.

She also tries to put her role as facilitator into the proper perspective.

“It’s important for me to have the feeling from everybody that I can be a trusted advisor on everybody’s behalf, not just the individual who approached me to help,” says Saputo. “If I’m viewed as one person’s advisor and not the whole family’s, that can be detrimental to the entire process.”

Saputo then conducts a “discovery” with each family member, asking about their expectations for the process as well as their individual dreams within the family and for themselves.

“Every individual really wants to be seen and heard,” says Saputo. “When that’s created in a family environment, where every family member feels they are seen and heard when they speak, that’s the true beauty of a family coming together to start communicating. Even if they don’t have communication skills, it’s creating that environment where they can be a voice.”

There will always be power imbalances, since not everyone necessarily has a vote in family or business matters, but they can have a voice. It’s essential that the strongest speakers listen to the quieter ones, she says.

“Sometimes we use a little wooden stick, so only the one with the wooden stick in their hand can speak and then puts the stick down for the next person,” says Saputo.

These methods can benefit members who might have been overlooked before. “Very often in families, we take too much for granted. For instance, we may have labeled a younger sibling in a certain way and even though they’ve gone through their own change, we’ve never given them the opportunity to shine. Then suddenly in this environment, that baby brother can speak for himself.”

She recommends seeking a facilitator who “has the skill to let the quiet ones speak and the loud ones quiet down.” In other words, no one voice dominates.

Mark Auger, co-founder and CEO of Crysalia, a Montreal-based advisory office for business families, says what’s often not clear when families come together is which hats they’re wearing. That can lead to confusion.

“Family members might be unclear about which role they’re occupying during the course of a conversation – and will actually mix up multiple hats or roles during a single meeting,” says Auger. “Are we getting together as employees, executives or owners of the business? Or as siblings and parents?”

The interests of siblings – or a parent and child, or parents and all the children – are rarely aligned with the commercial imperative of running a business, Auger says.

“Frequently, that creates mixed signals, and this ambiguity continuously creates tension points within the relationships,” he says. “If uncorrected, these tension points can emerge in deep conflict.”

So how do you resolve some of those differences? Auger recommends preparation – plus time and patience. It’s also a process best started early.

“It’s normal to have tension points, so it’s important they surround themselves with the expertise and necessary skill sets to manage those issues, in such a way that they’re not undermining either their ability to operate as a family or as owners of the family business,” he says.

“Generally, it’s someone within the family who will raise their hand and seek out that support, and then that person will ask, ‘How can I engage the family to at least think about opening up towards this type of process? How can I change the current conversation and help the family to realize they need a team to help them grow?’”

“At that level, the final edge that keeps these teams together is what happens between their respective heads and hearts,” says Auger. “That’s not the work of the mechanical engineers. That’s the work of high-performance organizational psychologists.

“So, why would an enterprising family not look to equip itself with those same type of abilities? They do it for their accounting, legal issues and investment portfolio.

“Why not surround themselves with the necessary team to make sure that their state of hearts and minds are at their best?”

Back to Ideas
Glossary